My name is Henry Higgins, a Business Studies student at BFEI.  As well as undertaking my Level 5 course this year, I was  fortunate to be selected to take part in one of the Erasmus+ projects in Ütrecht, The Netherlands.

The selection process was not as daunting as I originally assumed it to be. I thought that there would be multiple interviews with follow up emails asking different questions. But BFEI made the process as easy as possible. All I had to do was submit a cover letter answering a few questions. BFEI then used this questionnaire to produce a short list of people to be interviewed. It was from these interviews that BFEI picked the participants for the Erasmus + programme.

The journey from Dublin to Ütrecht was an exhilarating one. As soon as we met up in the airport restaurant in Terminal 1 the excitement shared by everyone was tangible. The flight and passport control in Amsterdam went like a breeze. After we touched down in Amsterdam we went straight to the underground train station and took the train from Amsterdam Schiphol to Ütrecht Central. We stayed in the StayOkay hostel which was a 10 minute walk from the train station, in the heart of Ütrecht.

The hostel was excellent, apart from its very handy location in the centre of Ütrecht, the hostel itself was modern, clean and all the staff were very friendly. There was an option to buy breakfast in the morning for €7. The breakfast was simple, but tasty and fresh. We had private rooms with two single beds and two people per room and an en-suite. Overall, the hostel experience was an enjoyable and interesting one.

My workplace was situated just on the outskirts of Ütrecht, about a 20 minute train journey from the central station. I was working in a digital media agency called Bluebird Media. Bluebird is run by two men Coen Smeekes and Bas Knobbout. They ran the business quite strictly during work hours. However, during lunch and before and after work they let you have as much fun as you want and they even sometimes joined in on the jokes. The main point I took away from the work aspect of this trip was how hard the Dutch people work. If your hours are 9-5 you work 9-5. If you get up to put on your jacket at 4:58pm that is not acceptable and you are told to sit back down and to keep working.

On the weekend we ventured back up to Amsterdam to go sightseeing. We visited the Anne Frank house, the Icebar and the Van Gogh museum. The train journey between Ütrecht and Amsterdam was only 30 minutes and the trains went into the heart of both cities. The trains also ran every hour during the night, this meant we got to experience the famous Amsterdam night life and then we were able to hop on one of many night trains to being us back to Ütrecht. During our spare time when we weren’t in Amsterdam we spent a lot of time wandering around exploring Ütrecht and all the sights and amusements it has to offer.

The most difficult part of the whole trip was it coming to an end. I enjoyed my time in Ütrecht immensely and the people I was with made it even more enjoyable. I would encourage anyone thinking about participating in the Erasmus + programme to apply because who knows, anyone can get the place, but you can’t get it if you don’t apply! 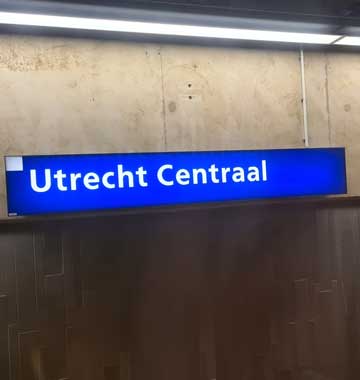 How the Dutch are Different - An Erasmus+ Experience

Eviva España - A Return to Erasmus+ 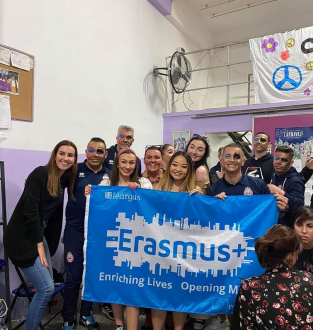