My name is Xavière, but everyone calls me Zav. I qualified in Theatrical, Media, and Fashion Makeup Artistry at BFEI last year, and I am back for my second year, doing Salon Management. This year I was so lucky to get the chance to go to Santa Cruz (the capital of Tenerife) for three weeks on a college Erasmus trip. All our travel and accommodation expenses were paid and we also got money for our living expenses while we were there, so how could I refuse!  In order to apply, we had to fill out a detailed form, provide a copy of our CVs, and write a mini-essay outlining why we thought we should be chosen for this Erasmus+ experience. Six of us were accepted.

We were all so excited setting off at Dublin airport on a cold afternoon, but also a little nervous, as most of us had never been away from home for that long, with some had never been away at all. Excited and nervous, we boarded the four-and-a-half-hour flight to Tenerife on Friday 31 January. When we landed, it was warm and sunny, and we were greeted by a lady in a pink wig! The adventure had begun. This lady and her colleague were from Tenerife Job Training (TJT), which was the partner organization that arranged our work placement, and they were there to look after us during our stay.

That first evening we travelled by coach from the airport, in the south of the island, to Santa Cruz, in the north – where we were dropped to our apartments and allocated our rooms. I was on the fifth floor with a girl called Lucy, while the other four girls were on in an apartment on the first floor, in the same block. Before we unpacked, we ran down to the local Spar for some essentials: butter, bread, cereal, and of course chocolate. Spar was adjoining the apartment block, so we became Spar’s best customers for the duration of our stay.

We all quickly settled in. The first three days felt like three weeks already I was so happy with how quickly we adjusted to life there. During our first full day, we were brought by TJT to meet Santi Castro, the designer with whom we would be working for the three weeks of our stay. We also met some of his team. Most of them didn’t speak English, although Santi did speak limited English, as did one of the others. As our Spanish was pretty limited (with mine practically non-existent beyond the basics!), we had to communicate mainly through gestures and expressions, but we made it work. We had the rest of the first day off to explore, and we also had the Sunday off to get used to everything. Our apartment had a rooftop sundeck, which was lovely. I often went up there to sunbathe in the mornings, as we didn’t start work until 3pm. We usually finished work at 9pm.

While we were with Santi, we had to do various different jobs for him. I stapled acres (or so it seemed) of foam together, and cut ribbon into metre-long strips. I also hot-glued numerous amounts of diamonds, and I have the burns to prove it! Santi was very good to us, making sure we rotated jobs so we don’t get bored. His wife, Lucy, would make us lunch and give us orange juice. His younger son came in most days after school to help him on the float, and we also got to know their gorgeous little dog. This was a whole family effort and was such an amazing opportunity for us. We didn’t fully understand how everything was going to come together until we saw the floats on stage under all the lights – where they looked amazing!

We were also lucky enough to do the makeup for three singing / dancing groups, who would be performing in big Galas near the end of our stay. One of these groups, the Cantares, brought us homemade-cakes and made us coffee while we were working. During the last week of our stay, we had some time off, so we were able to go to Loro Park (a wildlife park), and also travel to the south of the island (which is the more touristy than Santa Cruz). To me, the day in Loro Park was one of the highlights of the whole trip.

The main Gala night of the festival took place towards the end of our stay. At this event we saw the float we had helped Santi create, displayed in an enormous  show along with all the other contestants. It was so rewarding to see all our hard work had paid off. We were lucky enough to get backstage passes and we managed to see all the floats before they went on stage. Each float was amazing in its own way and I wouldn’t have wanted to be a judge, because to me they were all so incredible. Santi had two models in the contest and, unfortunately, the float on which we had mainly worked didn’t make the top eight, but Santi’s other entry was placed fourth!

On our last night in Santa Cruz we got to walk in the street parade alongside our float, which was another highlight of the trip. This was the first day of ‘Carnival Season’ when a huge street parade takes place, with all the floats traveling through the streets of Santa Cruz and ending up in Plaza de Espagna (the main square), down at the seafront. As well as the floats, there were dozens of dance groups and bands in the parade. The night ended with a live concert, where everyone dressed up and danced in the street. It was all very exciting and colourful, and had a wonderful atmosphere.

We left for home early the next morning, exhausted and sad to be leaving Santi and Santa Cruz behind. As well as the cultural and work experiences described above, I have also learnt how to put on my first clothes wash, cook, clean and generally keep house. My mother was amazed at the domestic goddess who returned home from Tenerife! 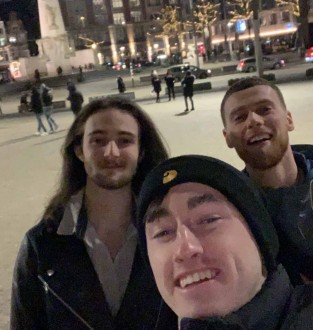 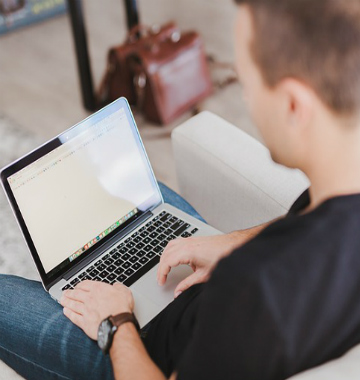 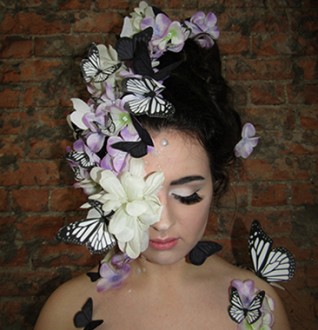 Chicken rolls, 7up and Tayto